Bridging the Gap with Steem! 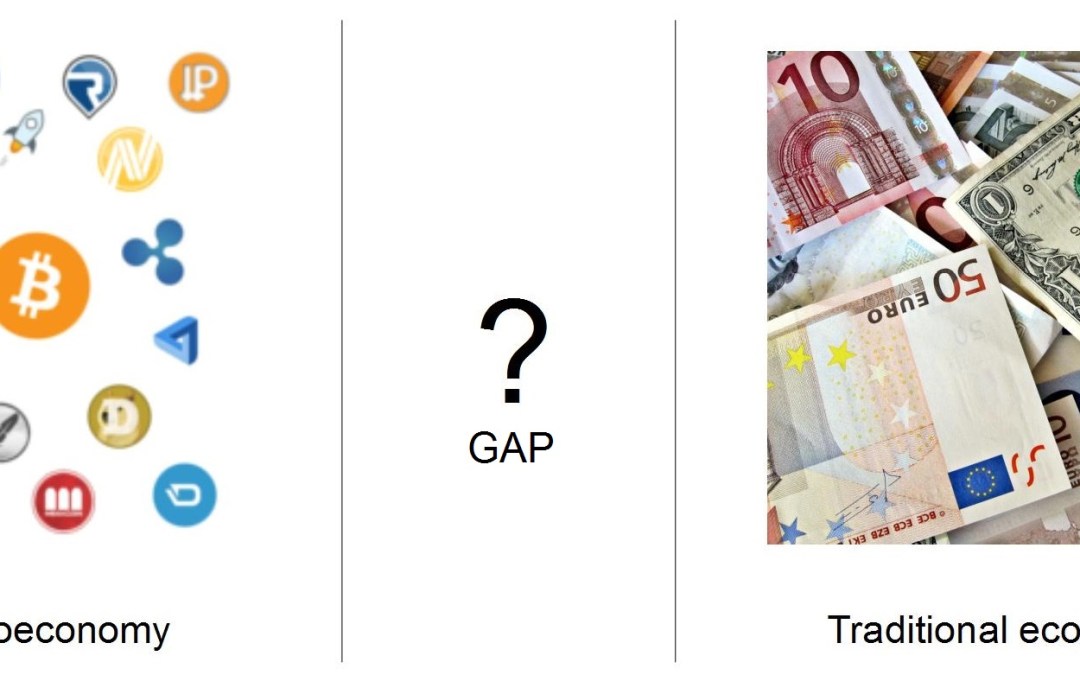 In this post we will talk about how Steemit Bridges the Gap between early adopters and early mainstream users. Then we’ll talk about how we are doing our part for the success of Steem and cryptocurrencies. 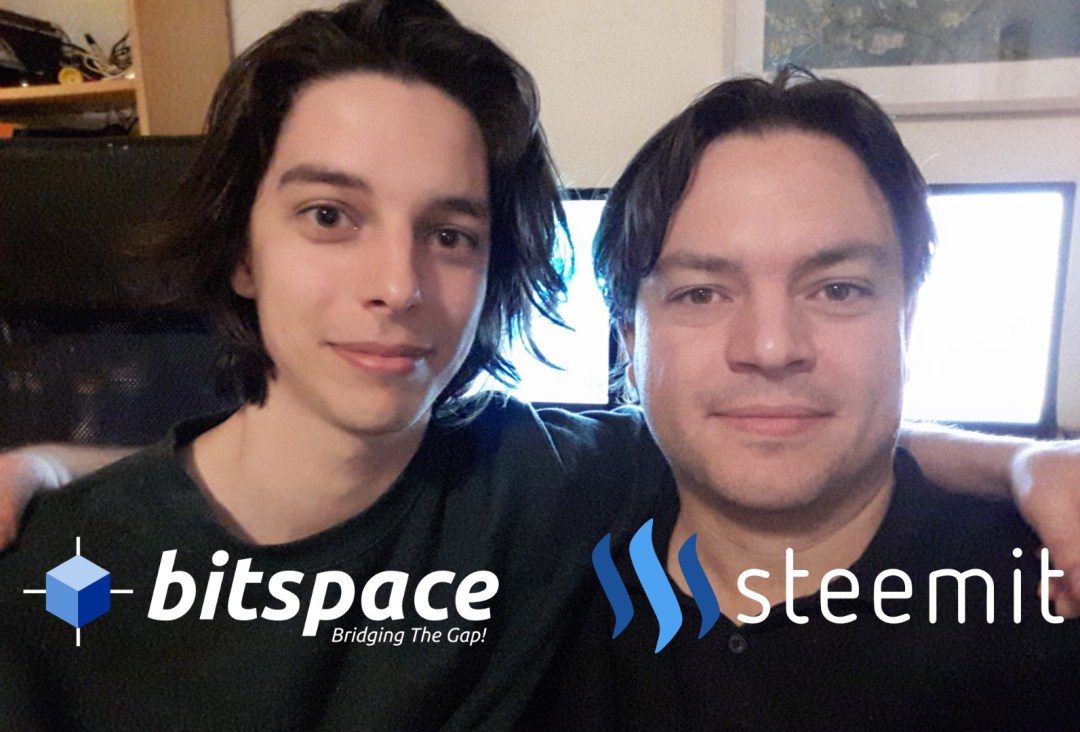 Steemit is bridging the gap between the cryptocurrency enthusiast and the mainstream user. People who know nothing about Bitcoin and cryptocurrencies can easily sign up and start earning money by posting and up-voting content.

By bridging this gap, another gap opens up: the gap between the crypto economy and the old economy. To bridge this gap we need gateways where users can trade back and forth between cryptocurrencies (e.g. Steem dollars) and fiat currencies (e.g. dollars).

The Gap Between Early Adopters and Early Majority

In the cryptocurrency space, we have for a long time seen a chasm between the early adopters and early majority:

Technology enthusiasts and visionaries are developing and using the technology, not concerned about immediate practical use. But to get from that population to the early majority you have to create a product that has practical value right now, and that’s what Steemit has achieved.

The Gap Between the Old Economy and the Crypto economy

While these are great exchanges vital to the existence of Steemit and the STEEM currency, there are certain problems with centralized exchanges.

In a centralized exchange, all the deposits, withdrawals and market data, exist in a black box from the user perspective. There is an all-powerful centralized entity, usually in the form of a company, responsible for everyone’s money. We have seen earlier that such centralized trust can lead to disaster. One example is the famous Mt. Gox scandal where hundreds of thousands of Bitcoin were lost or stolen, due to the vulnerability of centralized control.

This situation is creating artificial bottlenecks for the growing crypto economy, in addition to centralizing the flow of value through middlemen. We’re kind of stuck in an old world / new world limbo, with an unsatisfactory solution for bridging the old centralized economy with the new decentralized economy.

To bridge this gap we need a hybrid solution that can be part of the old economy, complying with regulations like KYC/AML, while existing on a decentralized network with nobody in charge.

Is such a solution possible? Yes. In fact, it already exists!

BitShares was the first major project created by the co-founder of Steemit, Daniel Larimer. You can think of it as a financial trading platform where you can trade anything and transfer it to anyone.

BitShares bridges the gap by allowing Gateways to comply with regulation, while interacting directly with the rest of the network.

These Gateways can supply the system with regulated FIAT currency that can interact directly with the cryptocurrencies in the system. You can see the gateways represented by the trusted currencies they supply at the edges of the network.

Since BitShares as a platform is completely open there are many new interfaces (wallets) being developed, including OpenLedger, MoonStone and BlockPay, as well as our own BitGate Wallet. You can see a picture of the OpenLedger wallet below:

What we still need is more gateways. Both for Steem and BitShares.

Ideally the crypto economy will grow to have crypto-gateways in most countries in the world. If you want to participate and set up a gateway in your own jurisdiction, we encourage you to do so, and please don’t hesitate to contact us! Here is more information on how to do so:

The Steem platform benefits from more gateways making it easier for users to invest and cash out their STEEM and STEEM Dollars, increasing liquidity and making it more attractive to participate and earn.

Hopefully the Steem project is the start of a whole new era of mainstream application based on cryptocurrencies. Gateways can expand to include any number of other currencies and assets that will exist in the future, enabling a transition from the old to the new economy.

BitSpace is a company started by @clains and @spectral with the aim to bridge the gap between the crypto economy and the old economy. We do this by providing knowledge through consulting, courses and workshops, and work on projects that offer services related to the mission.

Here we are at Oslo Blockchain Day holding a full day workshop with several core Bitcoin community members in Oslo: 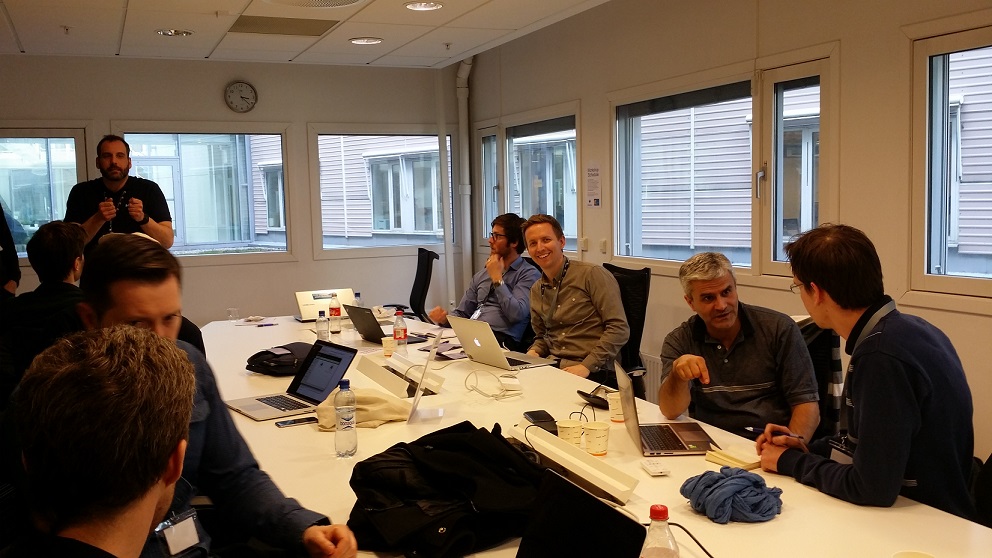 We also got superhero @witness.svk @svk to host a session on issuing assets on BitShares: 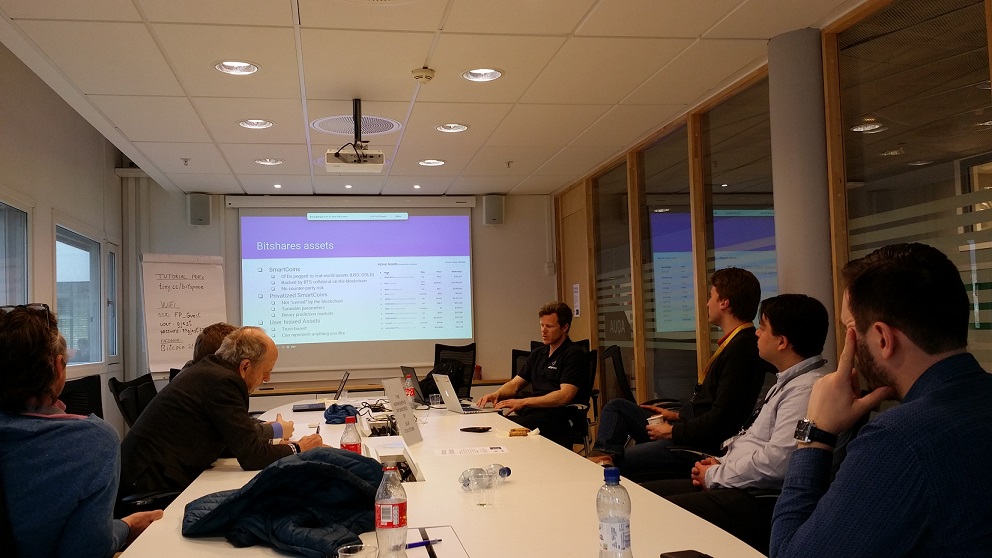 Overall BitSpace is positioning itself as the go-to blockchain hub in Norway, particularly with regard to Graphene (BitShares/Steem) technology. With the BitGate project, we’re also focused on becoming the largest cryptocurrency gateway provider in Norway.

BitGate is our Gateway to the crypto economy based out of Norway. The gateway will make it easy for Steemians to trade in and out of Bitcoin, Steem, Steem Dollars, BitShares, Euros or Dollars, and for Norwegian Steemians using the Norwegian NOK currency. We’ve developed this idea over a long time and have waited for the right opportunity.

In June this year we got an opportunity to pitch our BitGate project in front of several panels of expert judges. The pitch was overwhelmingly successful, and we realized that the time was right to start working full-time on BitGate.

The next day we proceeded to win the Fintech Challenge at Oslo FinTech Week, pitching in front of a panel of bankers and FinTech Experts. For winning the challenge, we automatically qualify for the Fintech Factory accelerator and pre-accelerator program. We also get to pitch the project at Oslo Innovation Week in October, which we are very excited about.

Soon after we got our first seed investor in BitSpace and we are currently preparing for the FinTech accelerator program. We’re really excited about the project and the synergies between our company BitSpace, the gateway BitGate, the financial platform BitShares and of course Steemit!

To learn more about BitGate, check out these videos by @spectral from OBD our own BitSpace event Bitcoin and Beyond – The Cryptoeconomy